Culture revolves heavily around food; it is no surprise that obesity is claimed to be one of the most nutritional disorders of contemporary society. Moreover, as we learn more about obesity through research, awareness of its detrimental effects on health is becoming more and more prevalent.

Individuals who are morbidly obese have higher mortality rates than those with healthy BMI’s (Body Mass Index). A healthy BMI has been deemed to be roughly 30.

Amongst other causes, these mortality rates are often influenced by other diseases associated with obesity such as diabetes, hypertension (high blood pressure,) and hypercholesterolemia (high cholesterol).

To avoid these health concerns, as well as many others keeping a balanced diet is important. When used properly, appetite suppressants have been proven effective at stopping habitual overeating, thus helping people with obesity to lose weight and maintain their health.

What Is An Appetite Suppressant?

Appetite Suppressants are chemicals found in foods, beverages, and pharmaceutical drugs that suppress the desire to eat within individuals who consume them. These chemicals can be divided into two primary categories:

The first category consists of drugs that act on the central catecholemic pathways within the body, pathways in the nervous system consisting of norepinephrine, epinephrine, and dopamine.

They are drugs such as Amfepramone (Diethylpropion,) Phentermine, Mazindol, Phenylpropanolamine.

The second category consists of drugs that act on the central serotonin pathways within the central nervous system exclusively. These are drugs such as Fenfluramine, Dexfenfluramine, Fluoxetine, Phenmetrazine, and Amphetamine.

The latter two are no longer used by physicians, because of the addictive quality of the drugs.

Once individuals begin regularly consuming less food, they cease to obtain excess calories that lead to obesity. For this reason, these drugs have been deemed by scholars as an effective means of treating obesity.

In short, these drugs:

History Of The Usage Of Appetite Suppressants

Interestingly, the first known appetite suppressant discovered was Amphetamine shortly followed by Dexamphetamine. These two drugs were proven to reduce hunger when given to patients attempting to lose weight.

However as mentioned earlier, these drugs were also proven to induce euphoria. A sensation often associated with recreational drugs, which lead them to be deemed as stimulants.

Stimulants have been shown to be highly addictive. Hence the drugs were discontinued for the usage of treating patients with obesity in the United States.

Physicians around the world now refrain from the use of these two drugs today. However, restricted usage does occur depending on what country the patient resides in.

Following this discovery, an interest in nutritional research bourgeoned. Scientist subsequently discovered other drugs through pharmaceutical testing that had the same affects as amphetamine and dexamphetamine, but without the addictive characteristics.

Still, since the discovery of the first two drugs, proven to possess these addictive qualities, there now remains a stigma on all drugs associated with appetite suppression.

Although the majority of these stigmas placed on the drugs are untrue, the effects of these drugs do often appear to the public to be similar to those of stimulants.

For these reasons, scientific research is key when producing these drugs so that consumers can be ensured of their safety.

The Math Behind The Science

So theoretically, how exactly would appetite suppressants assist people in losing weight and absolving their obesity?

As mentioned earlier, any individual with a BMI above 30 is seen as clinically obese. BMI is determined by one’s weight in kilograms divided by their height in meters (kg/m).

So let’s say, for instance, an individual is recommended by their physician to decrease their BMI by 5. This alone would take a net loss of over 200’000 kcals in total.

The mathematical equation to determine how long it would take for this individual desired weight loss would then be:

In other words, this process would take over seven months, assuming individuals are capable of following an extremely strict diet every single day that has been recommended by a physician.

This is a daunting feat to do alone with today’s pressures to eat certain foods, as well as certain quantities of food. Here, we can see the huge beneficial value of using appetite suppressants as an effective way of losing weight.

But what are some appetite suppressants that perhaps we can find naturally or without a prescription?

Considering rising obesity rates and the difficulties that come with attempting to lose weight, it has become of huge public interest to research natural appetite suppressants to combat this disease.

Though there are many, here are five common appetite suppressants found in nature and ordinary food items:

Recent studies have shown that GTC’s (Green Tea Catechins) have proven to possess properties that not only increase metabolic rate but also regulates the catecholic production of chemicals that produce the urge to eat.

In other words, it induces the production of appetite-suppressing substances.

This extract has proven to increase the body’s production of serotonin and epinephrine, which elevates mood and consequentially.

This natural chemical does so in a way that is healthy and not addictive in the way that stimulants have been proven to be.

These oils stimulate the central nervous system in that increases the productivity of adrenal glands. These glands are crucial in the production of appetite-suppressing chemicals such as norepinephrine and epinephrine.

These foods work differently than the suppressants mentioned above. Rather than stimulating the central nervous system in various ways, these foods are difficult to digest upon consumption.

Additionally, they tend to absorb water easily. These two factors lead to a sensation of fullness in those who consume these foods, thus suppressing appetite.

Not only do these foods facilitate thermogenesis (the process of heating the body, which burns fat,) but they also possess chemicals that regulate the body’s metabolism and curve hunger.

Obesity has become an uncomfortably common, yet avoidable disease in contemporary society.

Throughout recent decades, scientists have completed a large quantity of research and produced data that have proven there are safe and effective chemicals to surpass appetite.

These substances are vital in combatting morbid obesity and not only can be obtained through a licensed physician but also in many substances that naturally occur in nature and the food we consume. 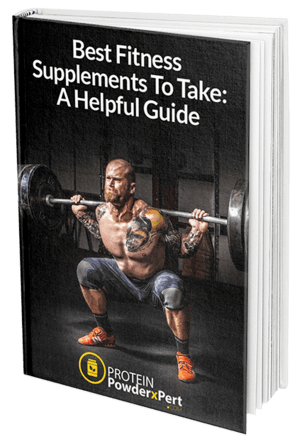 This site uses Akismet to reduce spam. Learn how your comment data is processed.

Boost Muscle Growth Speed by Up To 50%